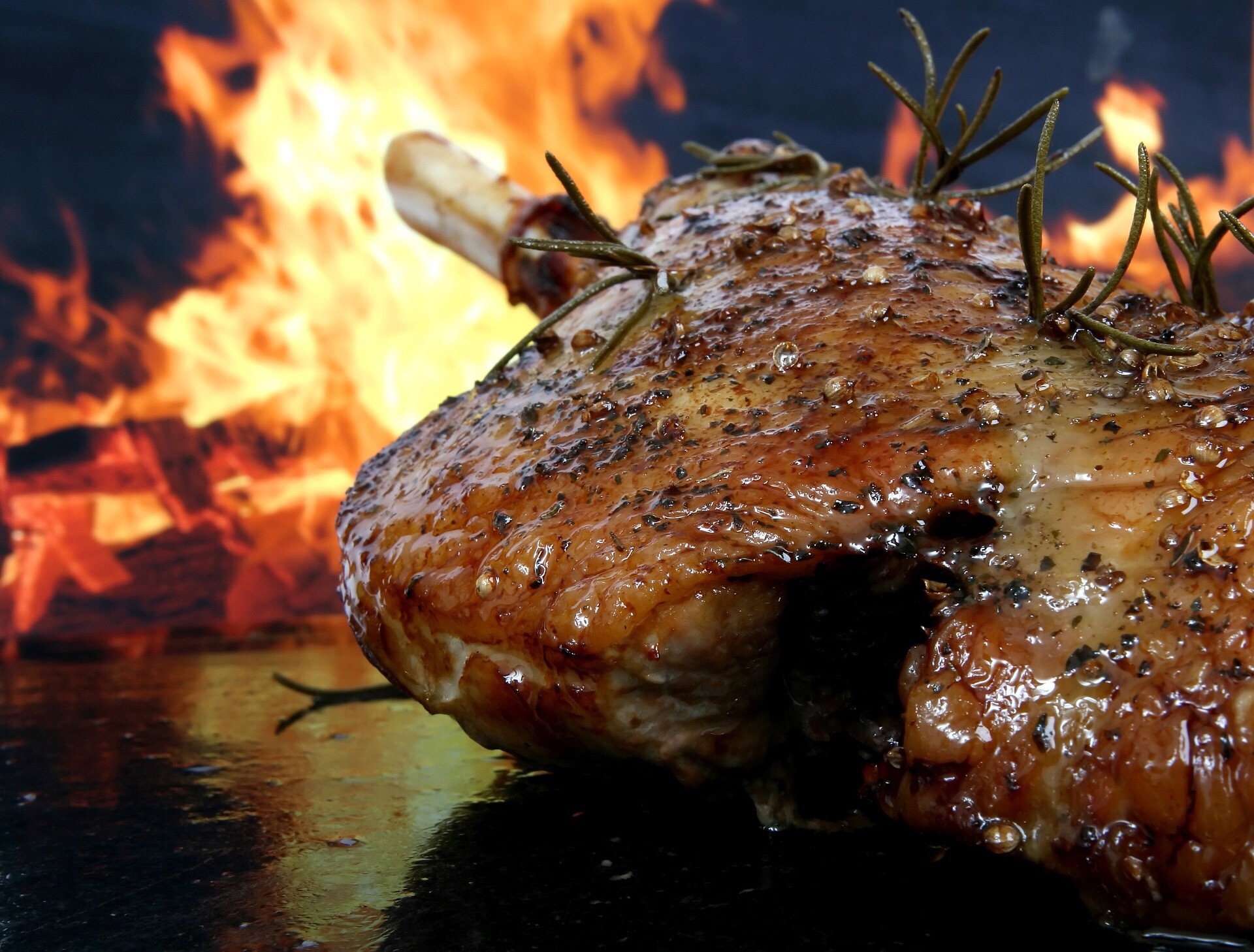 One of my favorite holidays is Thanksgiving. I come from a family that found great pleasure in lots of food and great stories. Here is one of those stories.

Thanksgiving day at our house was always filled with lots of noise. The TV was playing “The Macy’s Day Thanksgiving Day Parade” and I was nestled right next to my dad watching it, Rik, my older brother, was picking away on his banjo and Tina, my sister, and David, the youngest brother, were both running around. Lots of chaos, that was us.

My siblings and I could feel the excitement in the air. My dad’s family was here celebrating the holiday. The smells coming from the kitchen let us know that dinner was on its way. All was calm until my mother realized she needed something from the store.

After the initial debate about who is going to go and do you really need it, my dad was the one chosen to go. Unfortunately, his car was blocked in by the all the relatives, so he needed to take my mom’s light blue Cadillac.

My dad got in her car and turned the key. The engine sputtered, but refused to turn over. Again he tried to start the car, but click click click was all he got. Just as he was giving up my aunt’s boyfriend, Jerry who happened to be a mechanic walked up the driveway.

“What’s wrong Bill?” Jerry asked. “The engine won’t turnover,” my dad replied. Jerry told him to pop the hood and he took out his mechanic’s rag to take a look.

“Hey, Bill, it’s the carburetor. Do you have some gasoline in the garage that I can pour into the carburetor?” he asked. My dad went into the garage and found a small glass baby jar and filled it with gas. He handed it to Jerry and proceeded to get back in the car. 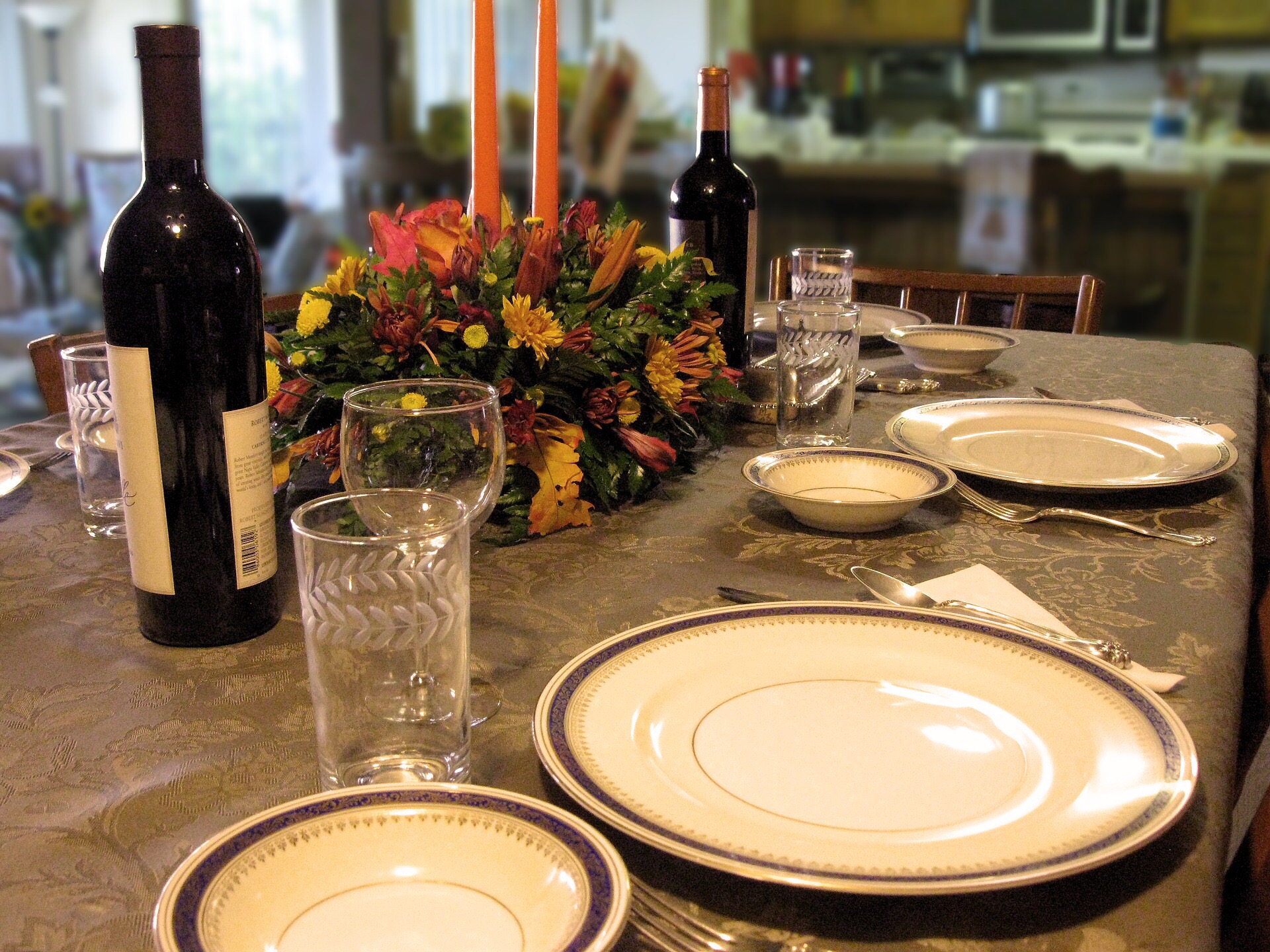 The rest of the family was busy preparing the table for our meal as my dad and Jerry were working on the car. My aunt asked for Jerry’s whereabouts when suddenly, we heard cries from outside.

Jerry told my dad to start the car as he began pouring gas into the carburetor. A quick click and then a big poof. A big flash of light exploded that turned the hood of the my mom’s car into a pit of flames. Jerry realized that his rag had also caught on fire and so he threw both the rag and gasoline over his shoulder into the neighbor’s yard.

It was like a scene out of a movie. The flames quickly began spreading across the lawn. Shouts of help began getting louder and finally caught the attention of my grandmother.

My mother was pulling out the turkey and was heading toward the counter when she spotted the flames through the window. She began shouting “Fire, Fire! The neighbor’s lawn is on fire!” She threw the turkey down on the counter and grabbed her coat heading outside.

My dad now had the hose and began to spray down the lawn. Anyone in its path got sprayed down but eventually the water finally put an end to the fire.

We all looked relieved as a major catastrophe was averted. We assessed the damages, now that the crisis was over. What then came to our realization was the huge black burned area of our lovely neighbor’s lawn. Thank goodness she was out of town and would never know how close her house was from catching on fire.

My dad looked at my mom and said “How are we going to fix this?” My mom is a quick thinker and she had a quick fix for our dilemma. She shouted, “Everyone grab leaves!”

We quickly began grabbing bunches of leaves and started covering up the blackened grass that now was half of the lawn.

Everyone was running around covering areas and precisely placing them to strategically hide the damages. When were finally done, we surveyed the lawn. All the damage was completely covered. We however, were a wet, sweaty mess.

Now, that the drama was over Thanksgiving could now continue. We went back inside, cleaning off the mud from our boots, and began getting ready for the great feast.

The conversation began to quickly flow as the plates were being passed from old memories to new one of who used the car last? That answer would be my brother Rik, because his car was not working. Rik reluctantly began to tell everyone that the engine caught on fire the day before. He didn’t say anything because he didn’t want to ruin the day. The sound rose from the table of laughter to yelling to laughter again. The eating continued and so did the stories.

My family wasn’t like TV. We were real and we dealt with the realities that life gave us. My family showed me that even in dysfunction you can find love. Yes we were loud, we argued, we would laugh, we would cry, we would fight, but most of all we created great memories that made great stories.

Back in 1996 I was honored to be a participant of “The Macy’s Day Thanksgiving Parade.” I was on “Willy Wonka And The Chocolate Factory” float, created especially for the anniversary of the film. The late actress Della Reese from “Touched By An Angel” fame sang the song “Pure Imagination” and I was a part of it. I managed to get on TV and my family watched. I became of part of of our tradition! I love how God fulfills childhood dreams!

Regarding the car, Jerry suggested that my dad drop off the Cadillac at his shop sometime the following week. My dad asked Rik to do it and that he did. Rik drove the Cadillac to Jerry’s garage. He parked the car right in front of the building and went in to see Jerry. Just then a semi truck lost control and smashed into the parked Cadillac, totaling the car for good.

I saw her tattoo and immediately she started to share its meaning.

I have heard of Doug Addison and how he had a gifting to interpreting people’s tattoos. I thought how awesome that gift is and how it could be used to reach the lost and hurting.

I looked at the tattoo again. I asked Holy Spirit to pull stuff out of the image that could be used to minister the love of The Father.

The smile hid the shame, guilt, hurt and regrets of a life that was half lived. Her eyes were lowered to the recollection of dreams that were never birthed.

The bigger issue was I knew all this all too well because, as my sister, she was always a part of my life. I heard the stories and sometimes witnessed them first hand. I held her tight when the world around us was falling apart.

She had a destiny inside her that she had given up on. She had love overflowing and no one worthy to give it to. The life of disappointment was too big for her to repair and so she just gave up.

I looked at her tattoo again and asked God show me what it really means. The explanation of her design was simple and to the point: she was only living half of a life.

God began to unwrap the mystery of how she felt about herself through a simple piece of artwork. As I began to interpret what I saw The Holy Spirit gave me new eyes to see it.

First, I saw the colors. The blue showed she had gifts of prophecy and the flowing hair showed me The Holy Spirit was blowing a fresh wind over her. The colors in her mermaid tail had power(gold), fire(orange) and royalty(purple). The skeleton showed that death was trying to consume her, but not her beauty. That she still held on to like a warrior. I knew that the her heart represented love and it was revealed for all to see.

I asked God if there was something else. What am I missing and then He showed me that there was still a promise that she hadn’t let go of completely. That promise was love. 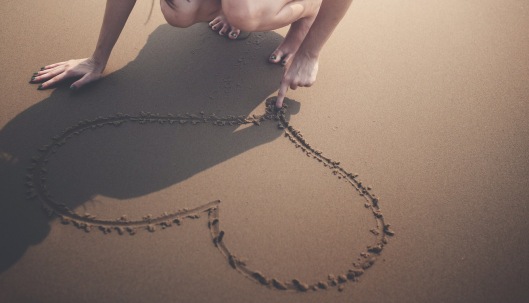 Regardless of how hard her life was she still believed in the promise of true love. Just like in the story “The Little Mermaid” by Hans Christian Anderson my sister was willing to risk it all for love!

She was not afraid of going into the deep waters of love. She was willing to swim into  those uncharted territories. The risk to her was worth it because she knew deep inside that God had someone saved just for her. 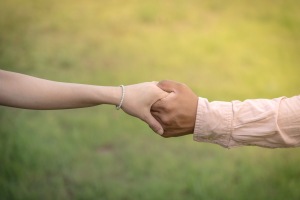